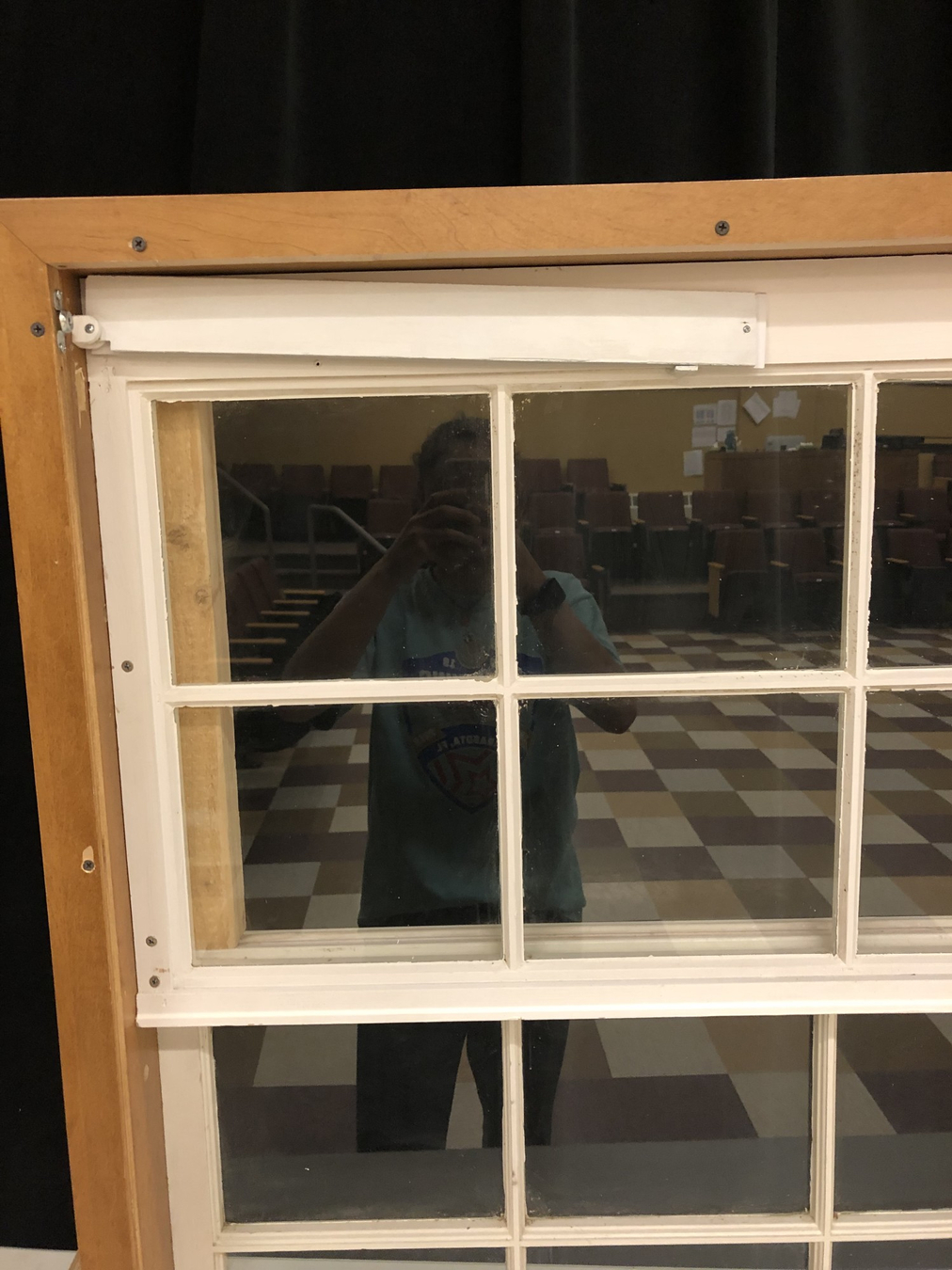 FightTheLight is a unique hideaway light blocker that shades the sides of blinds so that you don’t have to be awakened by sunlight shining in your eyes. Simply lift the light blocker from its resting place, which is hidden behind the roller part of the blind, and let it fall to the side of the window, then let the second piece fall. To hide it away, swing the second piece behind the first and then tuck the product in its resting place. FightTheLight consists of a few materials: screws, a 3D-printed hinge fastener, and the two wood pieces attached via another hinge. This product will allow you to sleep better and wake up happier. 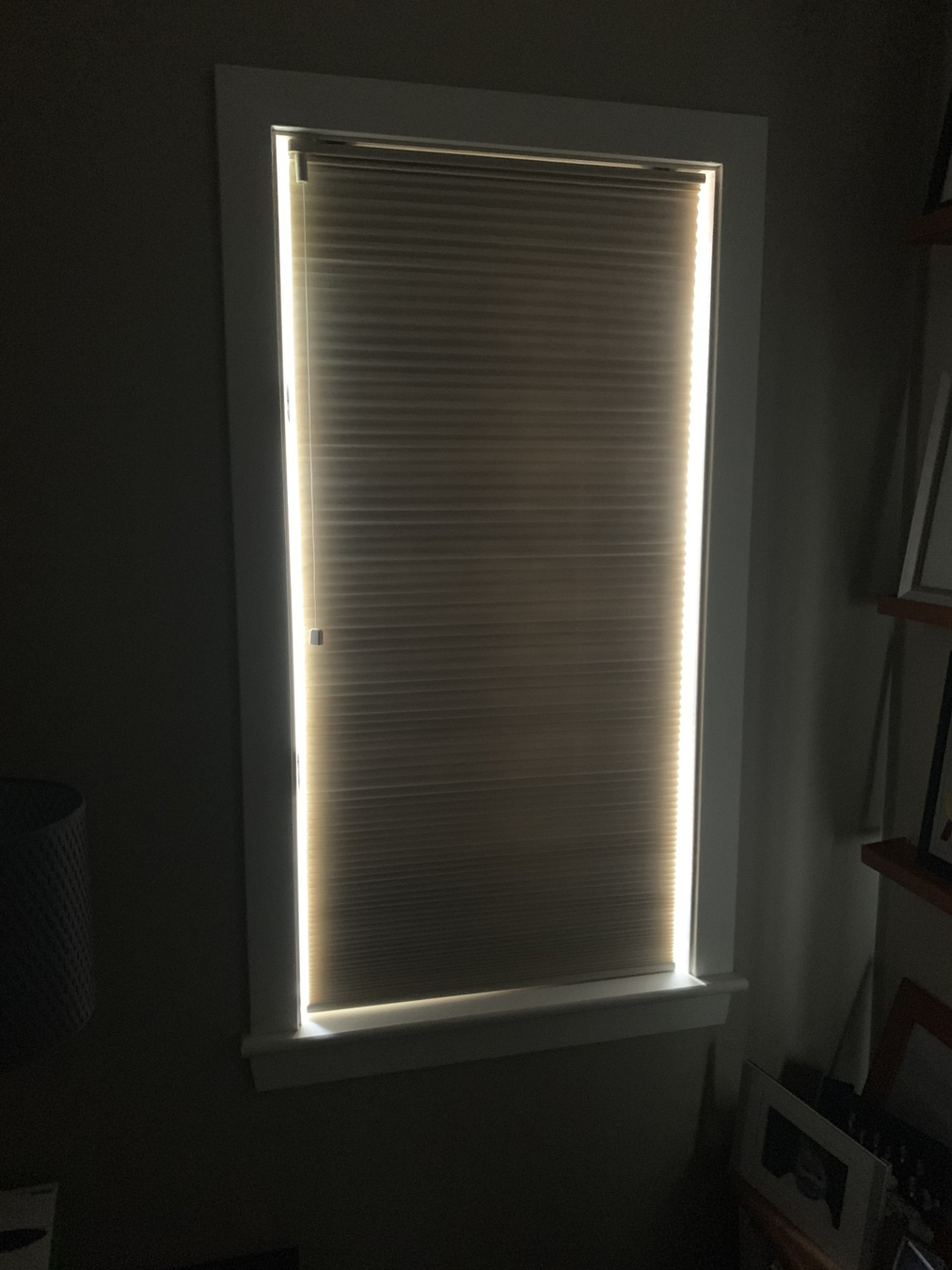 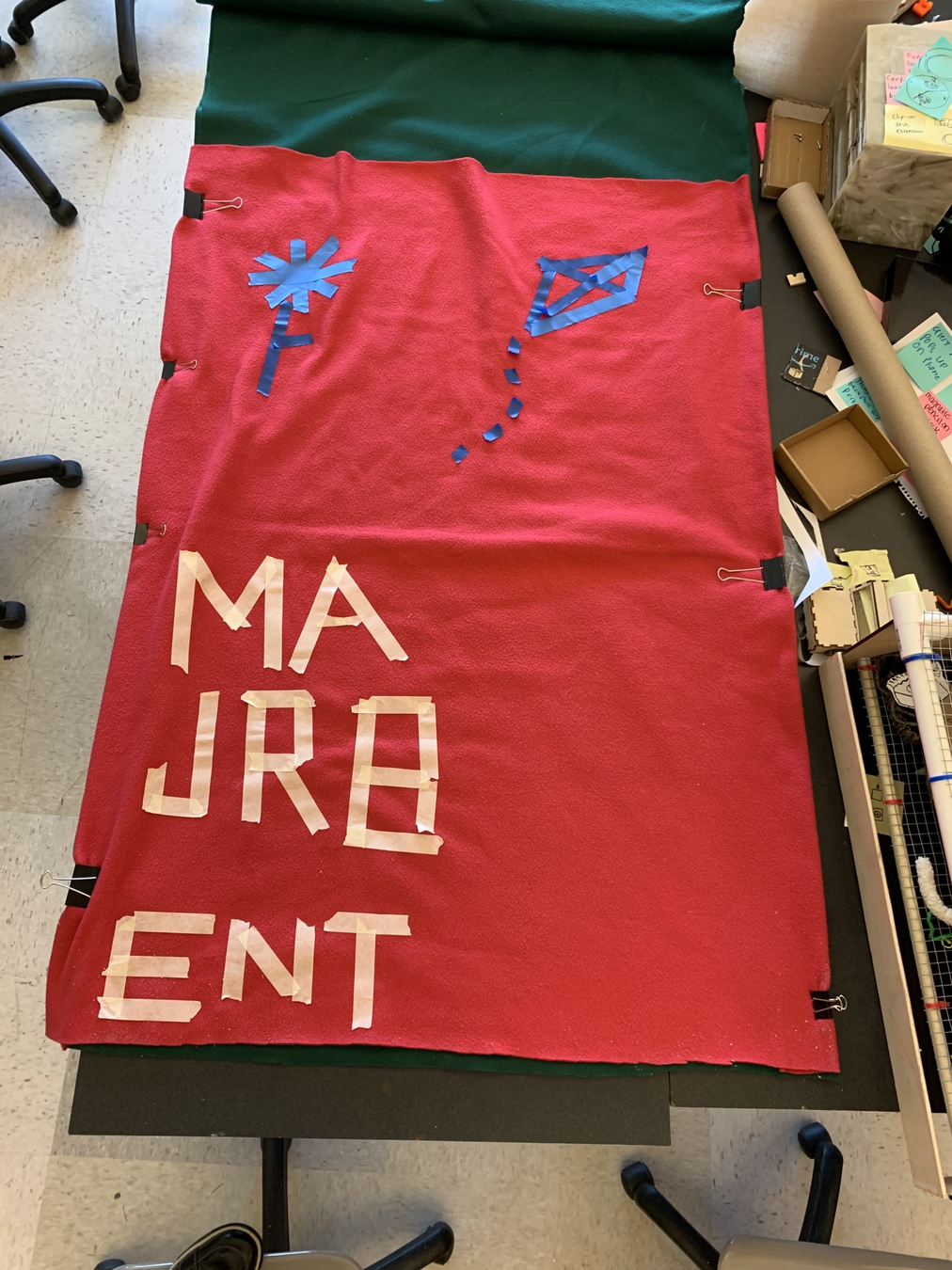 It doesn’t make sense that people spend thousands of dollars on windows, frames, and blinds when their blinds don’t work. We had a lot of concerns to consider when brainstorming different ideas and methods for the product. We set out to create a blind that would block all of the light, which in the end became FightTheLight. Our first idea was a two-layered blind. Originally, we thought that a blind was simply not wide enough and that the blind itself should be redesigned. Our design included one wide blind, which was closest to the window, and a ‘fun’ blind where one could personalize it. This design did not solve the problem well because we couldn’t figure out the mechanics of how to roll the front and second blinds without getting jammed against each other, it wasn’t aesthetically pleasing, and would be expensive because it would require the consumer to replace all of their current blinds.

Our next idea was an indoor shutter. Essentially it worked the same as any other shutter except this indoor shutter was sized to fit the frame of the window and about 5 inches long. The idea was that the shutter would press against the sides of the current blind. When not being used, the consumer would move the hinges so the product could rest against the frame of the window. Some concerns about this idea were that it would damage the window frame, is attached on the face and, again, didn’t look great. To fix the aesthetics, we tried another design in which the product was really small and easily camouflaged against the window frame. This idea was a collapsing “x” design. One part of the x would hold the blind in place and when not in use could collapse on itself to stay hidden. Even though it didn’t look bad, the product didn’t block out the sunlight enough. We came up with another idea that turned out to be similar to an existing product. It was a prism design that attached to the sides of the window via an adhesive strip. The prism would be small enough so it wouldn’t block the view much, but stick out far enough so it would block the section of light that the blinds would miss.

Our latest design is a windshield-wiper idea. There is a two-inch wide light-blocking panel hidden under the rolling part of the blind. It then can be released to fall into place at the side of the window when full light blocking is desired. When not in use, the panel sits on a hidden resting place. There is a plastic piece which is screwed into the frame and allows the product to connect to the side of the window but still rotate down. For windows where there is not enough room to add a swiveling piece behind the blind, we designed a bottom piece which can be lifted up to reach the side of the window. While that design can’t be completely hidden, we designed it to blend in well with the bottom of the window. Perhaps in the future, we will make another design in which the bottom piece could become hidden. We liked the overall windshield-wiper idea the best because it’s easy to hide, it doesn’t block the view and blocks the sunlight. To make it completely hidden, we decided that instead of having a bottom piece, the top piece would have an extension. This extension would be able to fold out from the top piece and reach the bottom of the frame.

FightTheLight could still improve. For example, in the future, in order for the frames to not be damaged, we hope to make an adhesive strip instead of having to screw in the product. Also, we are still working on altering the wooden pieces that make up the product to be more precise cut in order to make space in between the product and siding seamless. One other improvement would be to finish the prototype’s extension piece which would create more of a buffer between the window frame and the product.