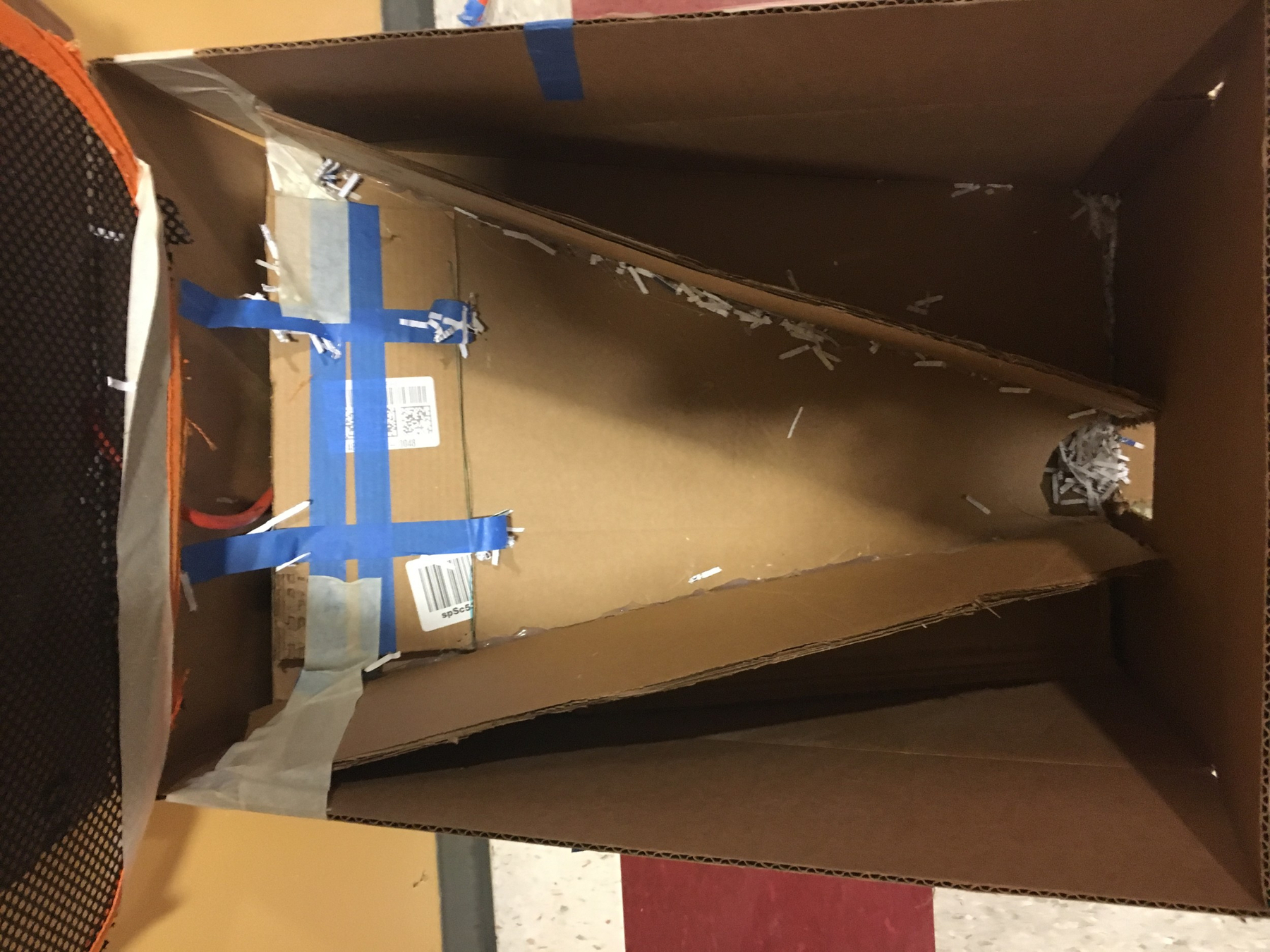 The Grass Fly is a time saving lawn mower bag that shoots grass from the bag into the woods or a barrel instead of requiring you to manually empty it.  Cutting grass on a riding lawnmower is fun, but nobody likes having to stop to get off and manually empty the bag.The Grass Fly replaces your current bag and includes a powerful blower and a button mounted near the driver controls. Cut grass is funneled down a ramp and where it slides in front of the blower and is blown out of the bag when the driver pushes the button. The Grass Fly saves the time and hassle of bringing your lawnmower to the trash barrel, unhooking the bag, attempting to not spill any of the grass when pouring it out, and then re-attaching the bag. With the Grass Fly you can just drive next to the woods or up to a barrel and with a simple push of a button watch grass fly out the bag and be amazed. The Grass Fly will make cutting your lawn faster, more efficient, and more fun. 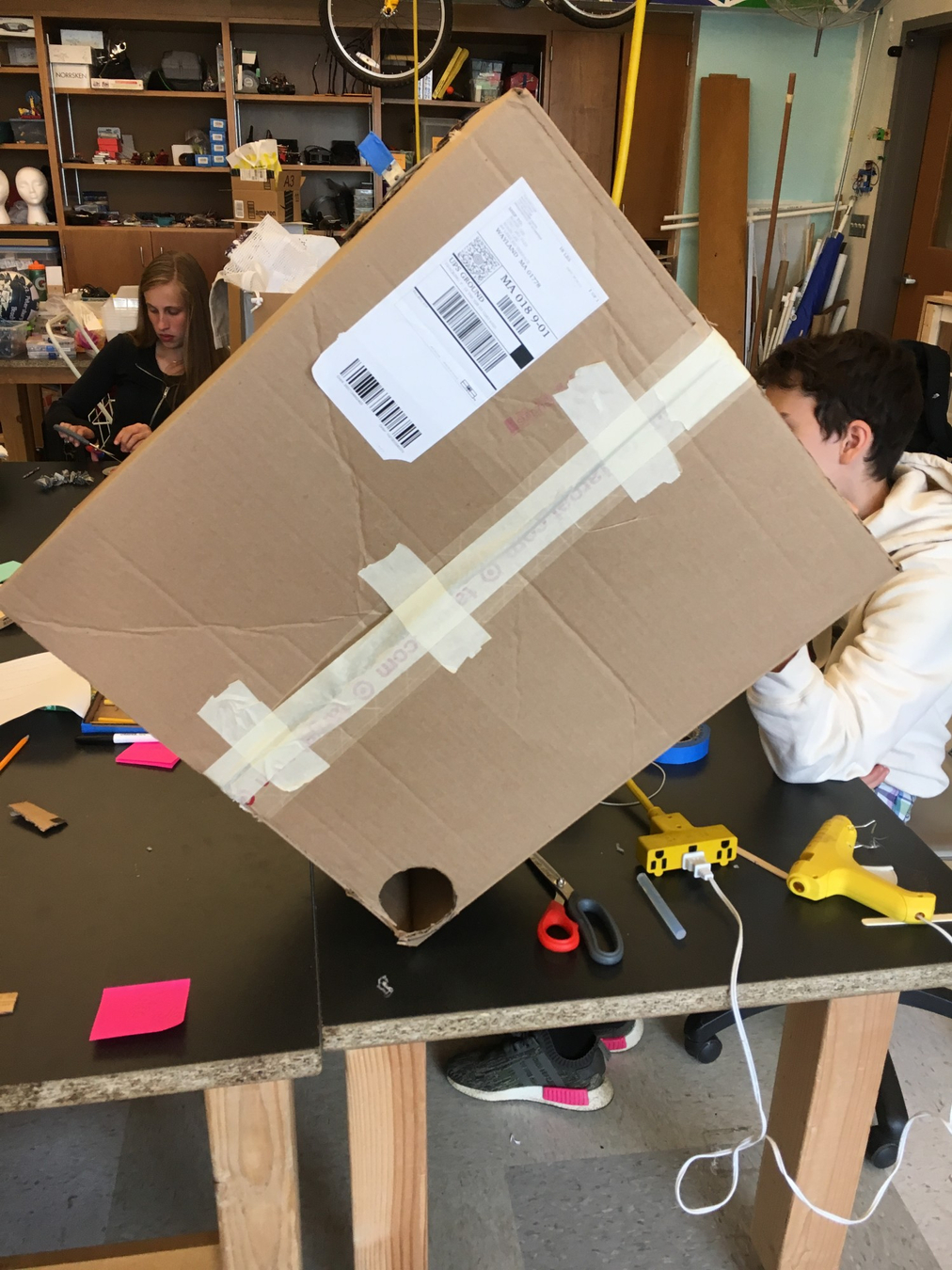 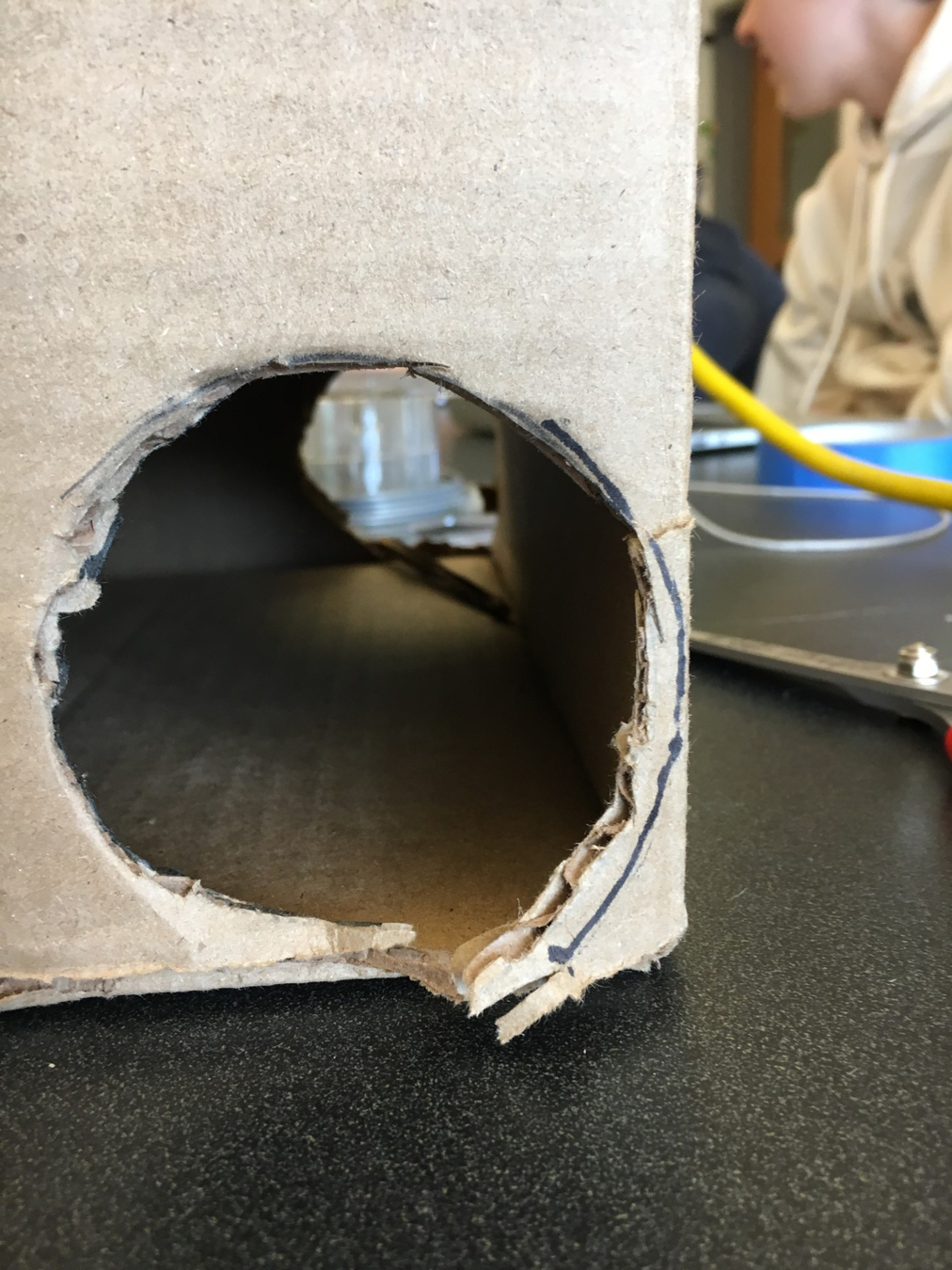 Every time someone mows their lawn, it takes way longer than it should. They end up wasting time that they could be spending with friends or family. The reason it takes so much longer is because of the lawnmower bags. Whenever you mow a lawn, you have to stop over and over again to unattach the bag, pour it out, and re-attach the bag. I knew there had to be an easier more efficient way, and that's when I thought “Why not just blow the grass into the woods?” The Grass Fly was born.

When I thought about this problem, I jotted onto a sticky note: “Easier way to get rid of grass for lawn mowers.” I started by making a diamond shaped cardboard box that funneled grass to the bottom of the diamond, where there was a hole on each side of the box. In one of the holes, there was a modified leaf-blower that would blow the grass out the other hole. When I turned on the blower, the grass did leave at first but ended up getting stuck soon after because all the grass kept clumping up together. The prototype did it’s job and taught me that solving the grass-clumping problem would be important. I thought of many more ideas; one of which was a similar-shaped box, but upside down, that would funnel grass to the middle of the trapezoid where it would fall down a tube where the blower was. I also thought of a solid sphere where the grass goes in, and when it gets full you just detach and roll the ball to where you need to dispose of the grass. They both were decent ideas but had a lot of flaws. The trapezoid one would be too small and the sphere one would be too heavy to push and might be harder than a normal lawn mower bag. I had many more ideas like those but they all didn't get past the drawing stage.

After thinking of more ideas, I finally started building my next prototype. I used a cardboard box, mesh, and a blower. I put mesh on the top for air flow (since all lawn mower bags need to allow air flow for the grass to get pushed into them in the first place) and made a ramp where the grass would be funneled down. I designed the box so that the grass would land in front of the blower and be blown out of the box into the woods or into a receptacle. The prototype worked but only a little of the grass blown out, and I didn't have enough time to make another. If I had more time I would have put fans at the top of the ramp to push the grass down the ramp. I would of also made the hole bigger and got a stronger fan to blow it out. I would have also made a bigger box and a bigger funnel because the grass got stuck at the bottom and could not be pushed out. Only a few pieces of grass came out of the box and the rest got stuck. I feel like a bigger funnel would make the grass spread out making it not get stuck. I would also add a duct to where the blower takes in air creating a better and more efficient air intake.The Grass Fly would not be made of cardboard but a metal box with holes for air flow and blowers.