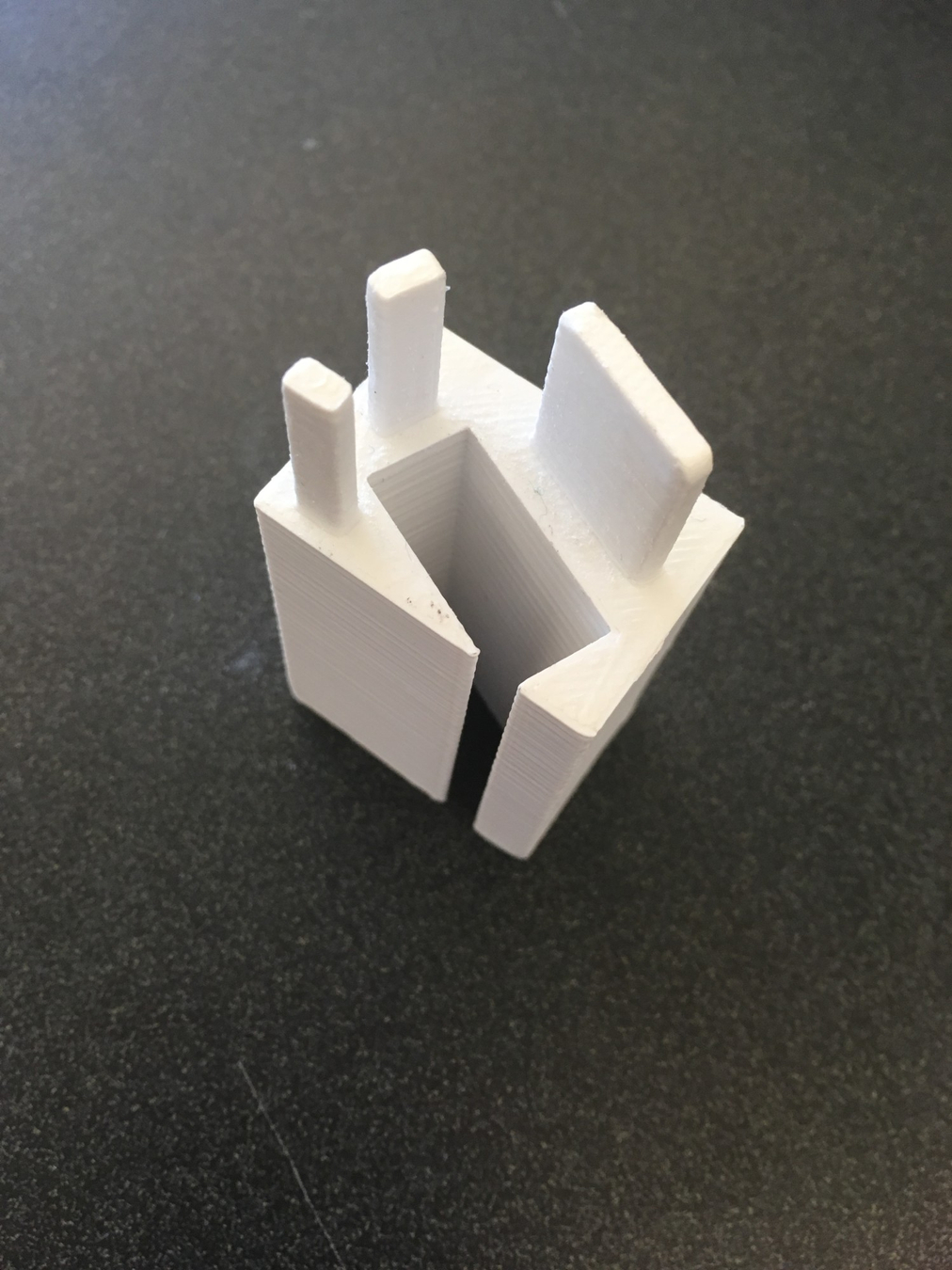 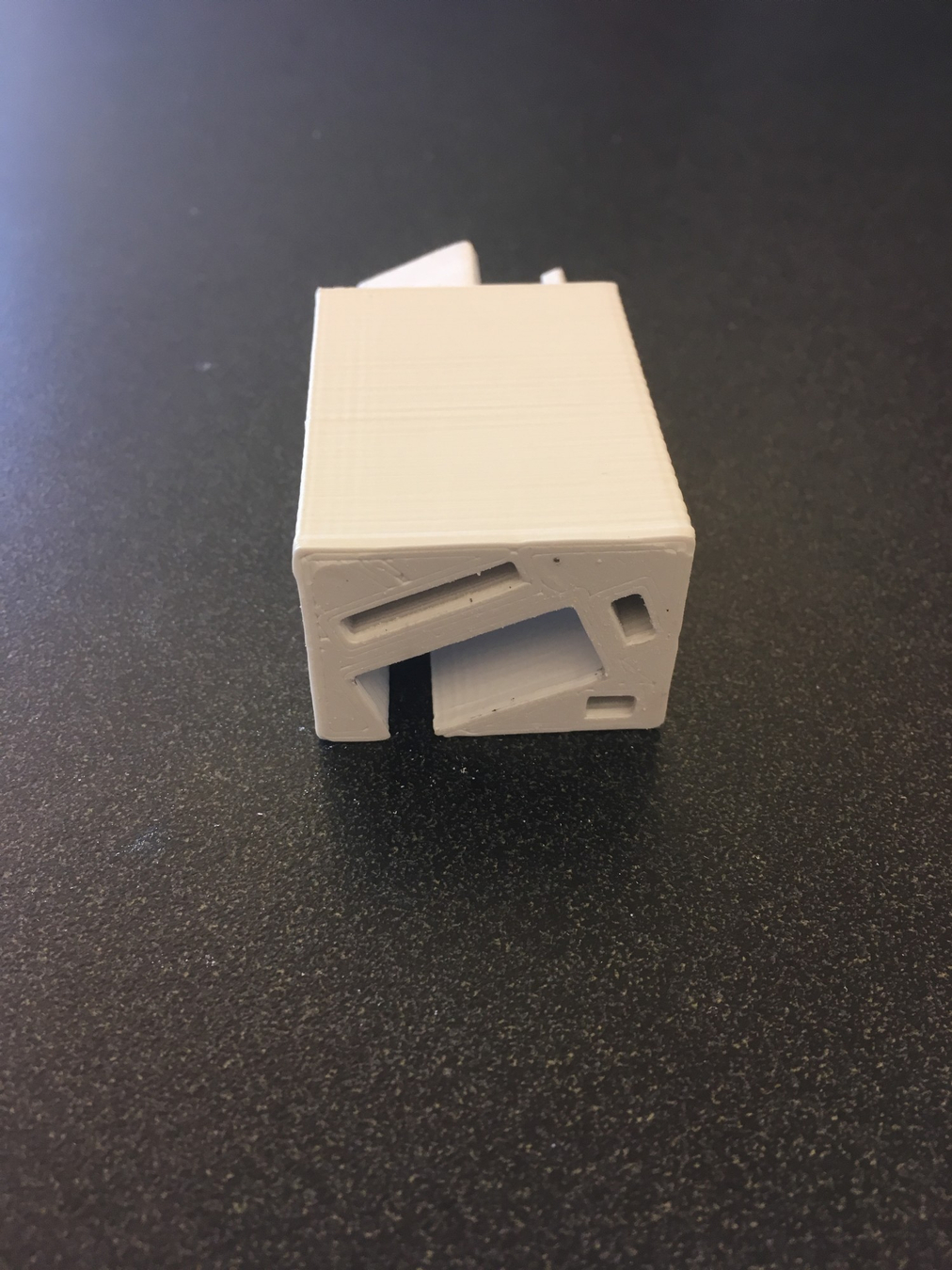 Blink 2.0 is a long magnetically enhanced eraser that makes whiteboard erasing much faster and easier. While the earlier Blink version was designed to erase the whole board in one swipe, Blink 2.0 requires no installation and gives the user more flexibility of eraser width. This eraser is designed to easily erase any portion of the board. The pieces of the eraser are all 1 magnet long (just over 2 inches) and have holes and pegs that connect them together. This allows the user to modify to size of the eraser depending on how much of the board they want to erase. Additionally, the fabric is easily removable and replaceable. In comparison to Blink, Blink 2.0 is easier to push and pull by hand, allows the ability to change the fabric, and most importantly it can be any different size depending on how much of the board you would like to erase. 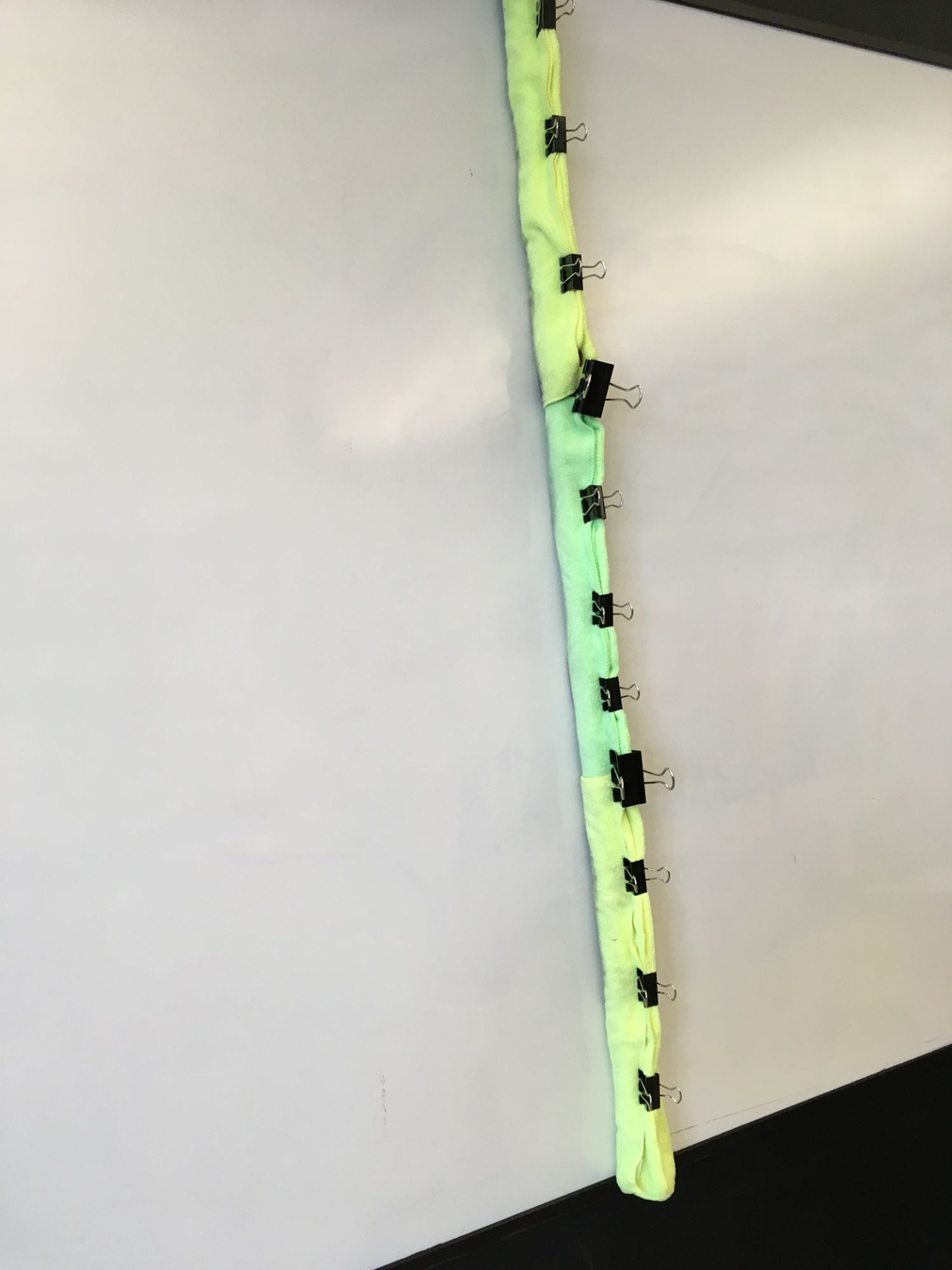 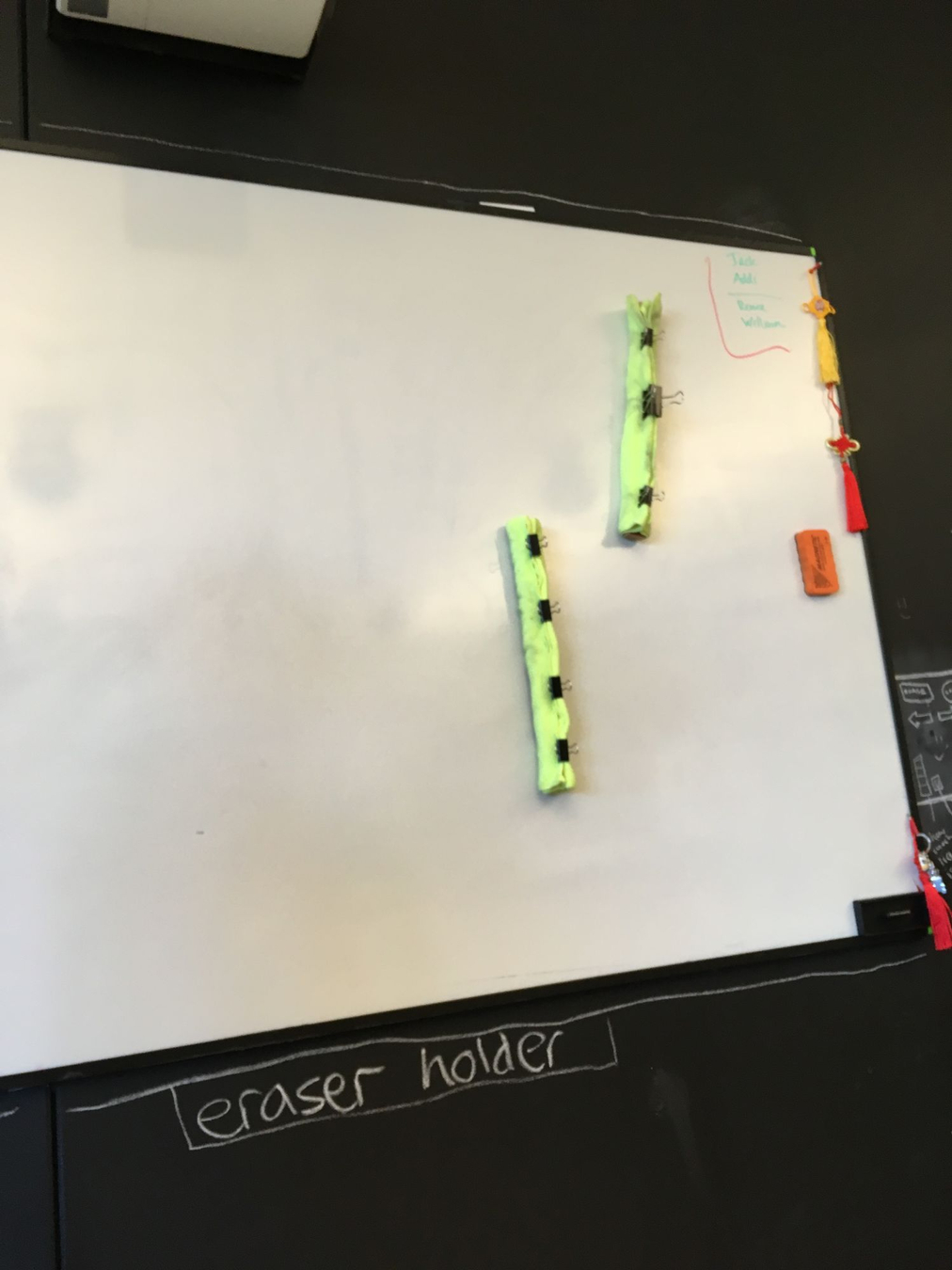 I was working on this project in the Innovation 1 class, and had the opportunity to improve it in Innovation 2.  The final product of the first design last year consisted of a whole whiteboard length magnetic eraser that was pulled by strings. I noticed some problems with it such as:

I used Tinkercad to design pieces of the eraser that were the length of one standard 2-inch magnet. On these chunks, I added pegs on one side and holes on the other to connect the pieces together when needed. After I confirmed a way to connect the pieces, I worked on finding a way to attach the fabric but make it easily changeable. At first I made two indents in the top for the fabric to hook onto. After some testing, the idea evolved into using 3.1 mm eyelets. These made the product look a little cleaner with the same idea as before. In the end, I had this eraser that was made of connectable pieces, changeable zip-on fabric, pushable and pullable by hand, and much neater.